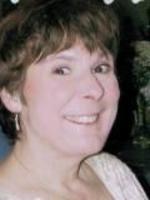 Plant a tree in memory of Terry

Terry was born March 13, 1955 in Van Nuys, California to Lester Marchus and Hannelore "Bill" (Heineman) Marchus Dennison. She moved to Alaska at the age of 2 months residing in Delta Junction. Terry graduated from Delta High School in 1974. She continued her education receiving her B.S. degree in Business Management from the University of Phoenix in 2007. Terry was employed for many years with the Alyeska Pipeline Service Company working in Delta Junction, Valdez and Anchorage before retiring in 2012.

She was a member of the Pioneers of Alaska. Terry enjoyed reading, auctions, pets, computers, photography and travel.

Terry is preceded in death by her mother, Hannelore "Bill" Dennison and her father, Lester Marchus.

Arrangements entrusted to the Hasara family at the Cremation Society of Alaska. Words of comfort can be shared with Terry's family at www.alaskacremation.com

To plant a tree in memory of Terry Rubincan, please visit our Tribute Store.