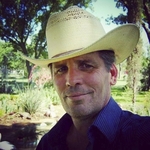 Plant a tree in memory of Ted

Ted Edwin Walker, age 54, of Dutch Harbor, Alaska, unexpectedly left this world for a better one on April 5, 2015, but his trademark wittiness and larger-than-life persona will never be forgotten by those he left behind. His spirit is carried on by his much-adored and adoring wife of 26 years, Gina; his five children, Michelle (Delt), Bonnie (Danny), TJ (Felecia), Cassidey, and Prestan (Melissa); his parents, Henry and Dorothy; three grandchildren, Parker, Reighan and Zachary; and many other family and friends too numerous to mention, but always loved and remembered. He was preceded in death by his beloved grandparents, Felix and Birdie Mae Dozier. Ted despised cold weather, baggy britches, being indoors, rap music, politics and reality TV shows. He had many, many loves; however, his primary love was his wife, whom he passionately and shamelessly cherished (and couldn't keep his hands off of). He also dearly loved and was immensely proud of his children and grandchildren. Ted was also fond of hot weather, snug-fitting Levi's 501 button-fly jeans worn with his granddaddy's cowboy boots, outdoor activities, his wife's cooking (especially her stuffed shells, chicken bog, chili, and deviled eggs), gummy bears, sci-fi and horror flicks and classic TV shows and movies. Captain Kirk, Ben Cartwright, Detective Colombo, Ben Matlock and Marshall Matt Dillon were some of his heroes, as was Clint Eastwood, whose Spaghetti Western marathons he remained fastidiously glued to whenever they aired (much to his wife's chagrin), with nary a bathroom break. Although he had a heart of gold and was generous almost to a fault, Ted was known for his lack of patience as well as his knack for telling it like it is. What he lacked in stature, he compensated for with an over-abundance of feistiness combined with just the right amount of charm and charisma to have left this life without any enemies (at least according to him). It didn't hurt that he was extremely good-looking, to boot (also according to him, but totally corroborated by his wife). With Ted's fondness for art, decorating, fine jewelry, gardening, antiquing, dancing, cooking and jazz music, not to mention that he was always meticulously well-groomed, smelled great and worked for many years as a hairdresser, people frequently assumed that he played for the same team, which he embraced whole-heartedly because he loathed our society's need to define and label people. He was completely comfortable in his own skin and cared only what his family thought of him (which was lots and lots). As a born and bred West Texan (Robert Lee), Ted was looking forward to retiring with his wife to his home state. He dearly missed the wide open spaces and the slow paced life, not to mention two-stepping, blue bonnets, Tex-Mex food and his family. Like the true cowboy that he was at heart, Ted departed this life in much the same way that he lived it - with a (perplexing) bang, and he wouldn't have had it any other way. To quote Winston Churchill, "He was a riddle, wrapped in a mystery, inside an enigma." Everyone who remembers Ted is asked to celebrate his life in their own way, perhaps by enjoying a cold beer and sharing a memorable anecdote about him, or by doing an unexpected act of kindness for someone in his memory (and then enjoying a cold beer). Either way, he was thrilled to have known you and he looks forward to catching up with you (perhaps over a cold beer) on the other side. -

To plant a tree in memory of Ted Walker, please visit our Tribute Store.

To plant a tree in memory of Ted Walker, please visit our Tribute Store.