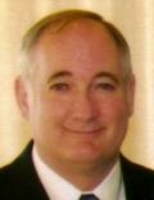 Plant a tree in memory of Philip

Phil Douthitt, 57, died June 07, 2013 near Cantwell, Alaska in a tragic accident. He was a resident of Eagle River, Alaska.

A service will be held Monday June 17th in Anchorage at Cremation Society of Alaska on Lake Otis Parkway, followed by a lunch reception at Eagle Glen Golf Course on Joint Base Elmendorf-Richardson.

He graduated from Poudre High School in Colorado in 1974. He married Theresa L. (Caster) Douthitt on December 27, 1975, in Ft. Collins, Colorado.

Mr. Douthitt served in the United States Air Force from 1975-1981. He served in the Air National Guard in Colorado from 1982-1993. In 1993 he came to Alaska with his family. He served as a member of the Alaska Air National Guard from 1993 until he retired in 1999 and began work with the Federal Aviation Administration at the Anchorage Air Route Traffic Control Center in 1993, serving in many capacities.

Mr. Douthitt helped begin the congregation at the Church of Christ at Wasilla and served as an elder for 8 years there. He enjoyed hunting, fishing, woodworking, and spending time with his grandchildren.

He was a beloved husband, father, grandfather, and friend who enjoyed making those around him laugh. He was an inspiration to many and touched the lives of those where ever he went.

Donations can be made in lieu of flowers to the Wounded Warrior Project on-line in memory of Phil. https://support.woundedwarriorproject.org/default.aspx?tsid=72&campaignSource=WEBSITE&company=&source=HONOR

To plant a tree in memory of Philip Douthitt, please visit our Tribute Store. 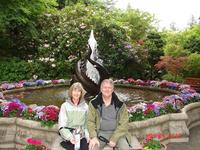