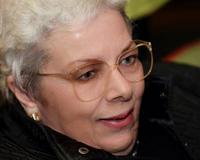 Plant a tree in memory of Marilyn

Marilyn Elizabeth North Wilkins, 86, of Anchorage, Alaska, passed away on Dec. 11, 2014. Marilyn was born on Jan. 7, 1928, in Twin Falls, Idaho, to Charles A. and Rose Murray North. Her father was an attorney and her mother was a school administrator. Her brother, Charles Murray North, is also deceased. Marilyn was one of Alaska's most noted painters. She studied art in Mexico after college, where she was influenced by Diego Rivera and Frida Kahlo. Her unique style lent a special quality to her Alaskan images. Her paintings adorn the walls of many homes and offices around Alaska and elsewhere. Marilyn served on the Anchorage School Board during the transition to statehood. She was instrumental in the inclusion of Orchestra, Band, Choir and Art in the public school curriculum. Moving to Alaska in 1951, she met Dr. Robert Bocock Wilkins M.D. on a blind date in Anchorage in 1952. They were married on March 6, 1955. Their two children, Roberta Marie Wilkins Fraser and Lee Murray Wilkins, both reside in Anchorage. Marilyn graduated from Northwestern University in 1949, and did graduate work at Claremont College, California, the University of Mexico, Alaska Methodist University and University of Alaska Anchorage. She was employed as a public school art consultant in Ladue, Mo., from 1949-1951. She came to Alaska to teach in the public schools in 1951. She worked as a newspaper reporter for the Twin Falls Times News and the Anchorage Times and as a television copywriter and children's show host at Channel 2 in Anchorage. She also was a graphic artist for the Anchorage Printing Company and the Anchorage Daily News. She was a founding member of the Alaska artists Guild and the Anchorage chapter of the American Association of University Women. She served as a board member of the Anchorage Women's Club, Basically Bach Festival and the Alaska Festival of Music. She served six years on the Anchorage School Board and six years in the Anchorage Museum Commission of History and Art, Anchorage Civic Ballet, Anchorage Medical Society Auxiliary, Alaska State Medical Society Auxiliary, Alaska State School Board Association, Volunteer Friends of the Library, Anchorage Concert Association, Anchorage Senior Center, Anchorage Symphony Orchestra League and the Alaska World Affairs Council. Marilyn is survived by her husband, Robert B. Wilkins, M.D. of Anchorage; her two children, Roberta Marie Wilkins Fraser and Lee Murray Wilkins both of Anchorage; and three grandchildren, Mairi Fraser and Brendan Wilkins both of Anchorage and Duncan Fraser of Fairbanks, Alaska. She will be laid to rest near her favorite tree in the Anchorage Memorial Park Cemetery. For information please contact Lee Wilkins at 907-602-9647. Arrangements by Cremation Society of Alaska.


To plant a tree in memory of Marilyn Wilkins, please visit our Tribute Store.