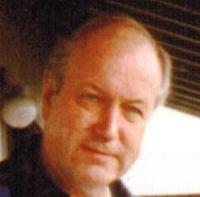 Plant a tree in memory of Lee

Lee Goran Svedlund was born on Dec. 12, 1943, and passed away on Oct. 12, 2014, peacefully in his sleep after a short battle with cancer. He is survived by two sisters, Linnaea Dachelet and Sharon Smith; four daughters and one son, Deanna, Debra, Amanda, Goran and Stephanie; and many grandchildren. He also leaves his lifelong friend, Bobby Mitchell, whom he introduced to guitar in 1963 and played with many prominent early Alaskan entertainers. Lee was a very accomplished musician and artist. He served in the Alaska National Guard and worked 28 years on the North Slope with various oil field service companies and built several log cabins throughout Alaska. His family settled in the Seldovia and Homer, Alaska, area in the 1940s, and has a street named Svedlund in honor of his family heritage in what is now downtown Homer. Lee graduated from Seward High School in 1961. No services are planned at his time. Arrangements by Cremation Society of Alaska. Words of comfort can be shared at www.alaskacremation.com.


To plant a tree in memory of Lee Svedlund, please visit our Tribute Store.