Plant a tree in memory of Jack

Jack Donn Graham, 59, passed away September 13, 2014, at Alaska Regional Hospital after fighting cancer tooth and nail, which he successfully beat. His treatment left him at a high risk for infections and in the end he could not recover from pneumonia. The family will be holding a small get-together on Saturday, September 20. Friends may contact them for details. His cremated remains will be scattered on the island of Kauai. He was born March 17, 1955, in Sacramento, Calif. He grew up in California and moved to Alaska with his parents and siblings in 1972, at the age of 17. Jack married Donna Sue Griffin on August 13, 1977. He was employed as an auto mechanic. Jack enjoyed lots of adventures with his wife and children including hunting, camping, fishing and spending his 50th birthday at Disneyland. He also enjoyed cooking and golf. His family wrote: "Jack was an avid outdoorsman, a born storyteller and a conscientious friend and neighbor. More than anything else, he was devoted to his family. He was an overprotective big brother, a boisterous and loving father and remained wildly in love with his wife of thirty-seven years to the very end." Jack is survived by his wife, Donna of Anchorage, Alaska; daughter, Jennifer of Austin, Texas; son, Zachary of Anchorage, Alaska; three brothers, Tad of Las Vegas, Nev., Lamar of Allen, Texas and Britt of Pahrump, Nev.; and two sisters, Deena and Rhonda, both of Wasilla, Alaska. In lieu of flowers, donations may be made in Jack's memory to the Blood Bank of Alaska, 4000 Laurel Street, Anchorage, AK 99508. Arrangements entrusted to the Hasara family at the Cremation Society of Alaska. Words of comfort can be expressed at www.alaskacremation.com


To plant a tree in memory of Jack Graham, please visit our Tribute Store. 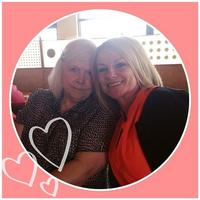