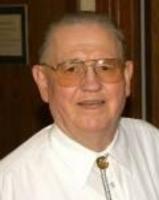 Plant a tree in memory of Donald

Lifetime Alaska resident Donald Hanson, 86, died Sunday, December 22, 2013 in Anchorage. He had been residing at the Anchorage Pioneer Home.

Don's family lived in Manley Hot Springs until he was born, May 16, 1927; then Fairbanks-winters; Manley-summers as there was no school in Manley. He quit school in 1944 to join the Marines, serving in Northern China for the Duration'. He was very proud to be a Marine.

Don returned home for more high school; a year at UAF; Chicago for a Bachelor's Degree; Seattle working Oceanography at UW, and Tacoma getting his Teaching Credentials.

Teaching in South Seattle, he met Sandra Parsons; they married June 13, 1959, then drove the Alcan to Anchorage; taught on Elmendorf; then Anchorage, ultimately retiring.

Don commercial salmon fished Cook Inlet, for almost thirty years. As sons, Eric and Art grew, they worked with him on the boat.

A joy and honor for Don was contributing 13 gallons of blood to the Anchorage Blood Bank.

He was very active in Pioneers of Alaska, Sons of Norway, UAA Alumni, CARTA and Coast Guard Auxiliary as long as possible.

Don is survived by his wife, Sandra of almost 55 years; his sons - Eric and Tona Hanson Of Dillingham, Alaska, and Arthur and Artemiza with grandchildren Andre and Annika of Colorado Springs, CO. Other relatives include: Bert and Reb Hanson; Glen and Becky Hanson, Ellen and Don Gamel, Jeannie, Betty, David; Paul and Tina Seaton, Janelle and Al Orth, and Steve and Brenda Mazen.

The Hanson family wishes to thank those who have shared in caring for Don the past several years of his Alzheimer's journey: Those at DayBreak, Alzheimer's and Anchorage Pioneer Home - we thank you.

Internment at Fort Richardson National Cemetery with full military honors will be announced at a later date. The family will also scatter ashes over Cook Inlet.

in lieu of flowers, contributions may be made to DayBreak or Alzheimer's.

Arrangements by Cremation Society of Alaska

To plant a tree in memory of Donald Hanson, please visit our Tribute Store.