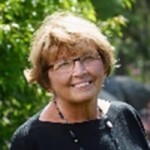 Plant a tree in memory of Diane

Diane Marilyn Arthun, 76, passed away on March 18, 2021, at Providence Hospital in Anchorage, Alaska. She was born on Dec. 20, 1944, to Norden and Irene (Anderson) Arthun at Billings Deaconess Hospital. She was raised at the family home in Roscoe, Mont., surrounded by family including cousins, aunts, uncles, grandmothers and friends. She was confirmed, in 1959, into Immanuel Lutheran Church of Absarokee. After completing the eighth grade in Roscoe, where she was usually the only girl in her class, she attended high school in Red Lodge, graduating in 1963. She participated in many activities in high school and during summers was active in the Festival of Nations. She was an avid Red Lodge Redskin fan. Following graduation, she attended Billings Business College and was then employed at Garrett Freightlines where she worked until 1968, when she married Ron Tjaden. The couple then lived in Billings, California, Arizona, Idaho, Oregon, and Colorado over the next few years. Three children were born into this marriage: Jeffrey Allen, Jonathon David (deceased) and Jennifer Susan. They divorced in 1979, and Diane and the family moved to Billings, where she began what would turn into a long career working in real estate. She married fellow Red Lodge High School graduate Dick Evans in 1982, and the family moved to Eagle River, Alaska. She worked at ReMax, Jack White Prudential Real Estate and Somers Real Estate until late 2017, when her deteriorating health forced her to retire from Somers. She considered the people there as family and sorely missed their daily presence.

Diane was a kind, caring and compassionate person who was always available to help others and contribute her time and efforts to causes that needed her. In her youth, she was the one to plan parties and events and decorating for holidays could never start too early for her. She lobbied her mother to let her decorate for Christmas just after Thanksgiving, even though her mother wanted to wait until after her "Christmas" birthday. She was never happier than when she could find just the right presents for her family and friends and especially her grandchildren. She carried these passions into her workplaces and was often called upon to plan special events. She was civic minded and generous with her time in the Chugiak-Eagle River community including planning and participating in the Bear Paw Festival, The Chamber Tea, Merry Merchant Munch, Spring Beautification, Chugiak-Eagle River Round Table, Toys for Tots, Food Bank Drive and American Cancer Society fundraising. She received numerous awards and recognition for these efforts, including the Chamber Ambassador of the Year, the Distinguished Bear Paw Award for Community Service and the Festival Heroes Award. In addition, she was Employee of the Year at ReMax, Jack White Prudential and Somers Real Estate. She was an avid reader and Hallmark television fan. Diane was also a true dog lover and derived much joy from their numerous pets through the years. She was a good person and enhanced the lives of those she knew. As one of her good Alaska friends stated, the world will be a little dimmer and colder without her in it. She will be missed.

Memorial services will be held in Eagle River and Roscoe at a future date. Memorials may be given to the Roscoe Community Center, Box 92, Roscoe, MT 59071; or AGSR (Alaska German Shepherd Rescue), Box 82464, Fairbanks, AK 99708.

To plant a tree in memory of Diane Evans, please visit our Tribute Store.