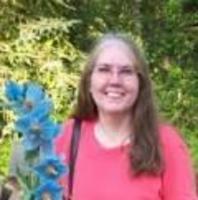 Plant a tree in memory of Carol

Carol was inspired by Alaska's natural beauty. Her richly detailed, hand-drawn posters identified Alaska wildflowers, wildlife, and wild berries. She worked with acrylic paints in a watercolor style with delicate brush strokes and attention to detail. Carol's originals and limited edition prints now hang in countless homes in Alaska, the Alaska Governor's Mansion in Juneau, across the Pacific Northwest, and around the world.

Mrs. Dickerson was born Dec. 9, 1950, in Inverness, Nova Scotia, Canada, to Francis "Frank" and Mary LaFalcia, nee MacKay. She earned a Bachelor of Science in Education from Boston State College in 1971.

Carol married James Dickerson in 1976, and moved to Palmer, Alaska, where they lived for 37 years. "She's the kind of person that, when she came in the room, everyone got better," James said.

In September 2008, Carol was diagnosed with cervical cancer. At the time, it was estimated she had less than a year to live. After a five-year battle with the illness, she passed away, surrounded by family.

Carol is survived by her husband, James, and her two sons, Brian and Kevin; and her brothers David LaFalcia of Oshawa, Ontario, and James Gillis of Truro, Nova Scotia; and her stepfather Michael Gillis of Cape Breton, Nova Scotia.

As she requested, Carol's family will honor her memory privately next summer.

Arrangements by the Cremation Society of Alaska.

To plant a tree in memory of Carol Dickerson, please visit our Tribute Store.