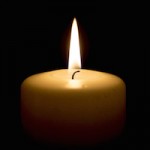 Plant a tree in memory of Billy

He graduated from Varnado High School, Class of 1958. Following graduation, he briefly attended college on a football scholarship. After suffering a career ending injury, he enlisted in the U.S. Airforce for three years, then the U.S. Army, where he proudly served his country in combat during the Vietnam War. He retired from the Army in 1979 after 20 years of service to his country.

Billy first came to Alaska in 1962, when he was assigned to Fort Richardson in Anchorage. Six years later, Billy met his future wife, Catherine "Kay" Rumley, a young homesteader's daughter in Sterling, Alaska. He married Kay on June 17, 1967 and they enjoyed more than 53 years together as husband and wife before his passing. Billy would frequently say that marrying Kay was the best thing that ever happened to him.

During his military career, Billy, Kay and their two children, Jacki and John, lived in Ansbach, Germany where Billy was stationed from 1976 - 1979. After retiring from military service, Billy and Kay settled in Sterling, Alaska.

In 1979, Billy was recruited for the training officer position at Nikiski Fire Department. In 1990, he was promoted to Fire Chief at Nikiski Fire Department and continued to serve that community with great pride until his retirement from the fire service in 2002.
Notably, Billy was a dedicated and proud member of the Free and Accepted Masons for 47 years and was the recipient of the Masonic Lifetime Achievement Award in 2020. It was aptly noted by his brethren that "his provocative prompts and encouragements have motivated more than one to do and be better."

In addition to his parents, he was preceded in death by his 5 siblings, brothers: Edward "Junior", Sparks Coneil, Robert; and sisters: Jimmie Rose and Lucille.

A Military Funeral will be held at Fort Richardson National Cemetery in Anchorage, Alaska at a future date to be determined.

A local memorial service will be held on the Kenai Peninsula in June 2021, due to the currently ongoing coronavirus pandemic and related safety concerns. The date, time, and location of the memorial service will be announced as soon as they are determined.
Cards and condolences for the family may be sent to the home of Billy and Kay Harris at 29400 Sterling Hwy, Sterling, AK 99672 or to P.O. Box 732, Sterling, Alaska 99672.

In lieu of flowers, and in honor of Billy's legacy of helping others in their times of need, donations may be made to Shriners Hospital for Children, Attn: Office of Development, 2900 N. Rocky Point Dr. Tampa, FL 33607.

To plant a tree in memory of Billy Harris, please visit our Tribute Store.